Advice on how to support a child if they've come out or are questioning their sexuality or sexual orientation.

Recent figures show that more than 40 per cent of LGBTQ+ people will experience a significant mental health problem, compared to around 25 per cent of the whole population, and are more than twice as likely to have attempted suicide.

In this eye-opening film, young pop culture icon Olly Alexander explores why the gay community is more vulnerable to mental health issues, as he opens up about his own long-term battles with depression. As the outspoken frontman of British band Years and Years, Olly is a powerful voice on mental health, bullying and LGBT+ rights. He has broken taboos with music videos that celebrate queer identities and spoken openly about his own sexuality as well as his ongoing struggles with anxiety.

In the film Olly joins young people on their journeys battling issues that parallel his own - from homophobic bullying to eating and anxiety disorders - and along the way he asks what can be done to address them. 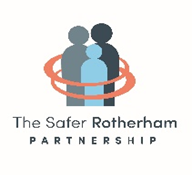